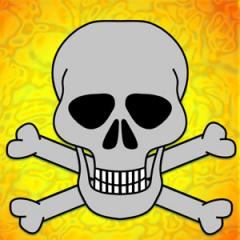 Avandia is an oral medication used to treat Type II diabetes. It is manufactured by GlaxoSmithKline and was approved by the FDA. So far the diabetes drug has been used by over 6 million people worldwide, and could be responsible for thousands of heart attacks and deaths every year.

Avantia problems were identified when independent researchers from the Cleveland Clinic reviewed data from clinical trials involving nearly 28,000 patients. The researchers concluded that Avandia side effects could increase the risk of a heart attack by 43% and the risk of cardiovascular death by as much as 64%. Following the release of this report.

The manufacturer of Avandia, GSK had access to the same clinical data for over one year before the independent research study was published in the New England Journal of Medicine in May 2007. They failed to disclose the heart attack risks, and have actively tried to minimize the danger, even though their own analysis showed a 30% increase in the rate of injuries. Experts indicate that since 1999, Avandia heart attacks could be responsible for injuries to as many as 200,000 people.

Why does it take that long ( almost a decade) for Avandia to be taken off from the market ? Toyota has withdrawn its cars immediately from the market.